On this edition of post-marathon Monday, the headline obviously goes to Shalane Flanigan, the first American winner of the New York City Marathon since 1977, pictured here running with the (then) three time defending champion Mary Keitany.

Fellow Swiss competitor Manuela Schar had already separated from the pack on the way up 1st Ave.

On the other hand, men's winner Geoffrey Kamworor (white top) was very much in the middle of the pack, reflective of his eventual 3 second win 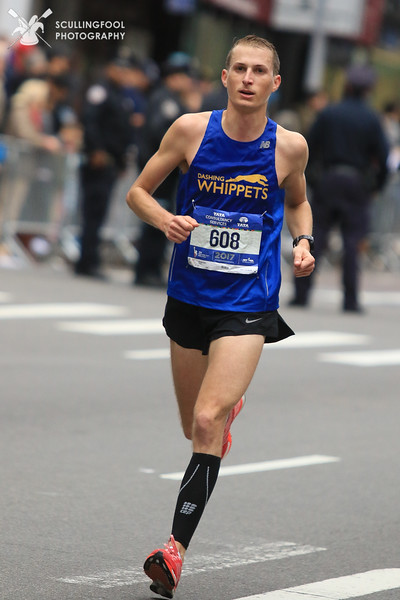 But really, it's "regular" people that make the race

And some overcome far more obstacles than others.

The tribe is strong (and has great facial hair)!

This guy was pretty excited.

Parting shot of the elite women heading up 1st Ave.
Posted by Igor at 9:07 PM